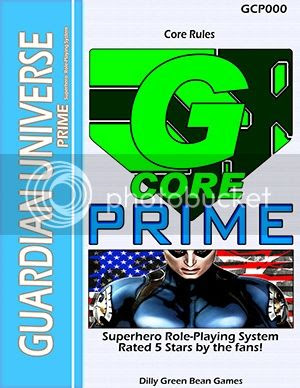 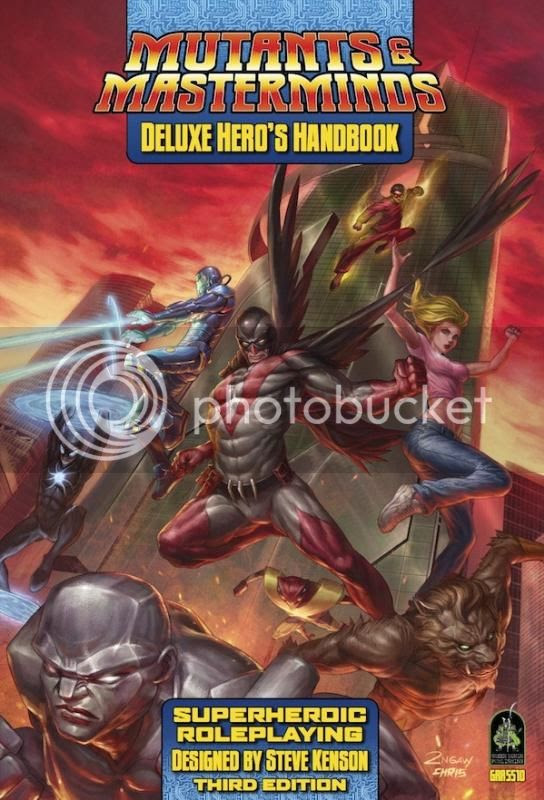 Best Presentation: Atomic Robo RPG
Notes from Tommy Brownell: I preordered this because I was on a bit of a Fate kick, and now I've been working my way through all of the Atomic Robo trades. Completely self-contained, with tweaks that allow you to jump right into ACTION SCIENCE, Atomic Robo uses the comic itself to explain the mechanics, making it one of the best written and presented Fate books I have ever read. 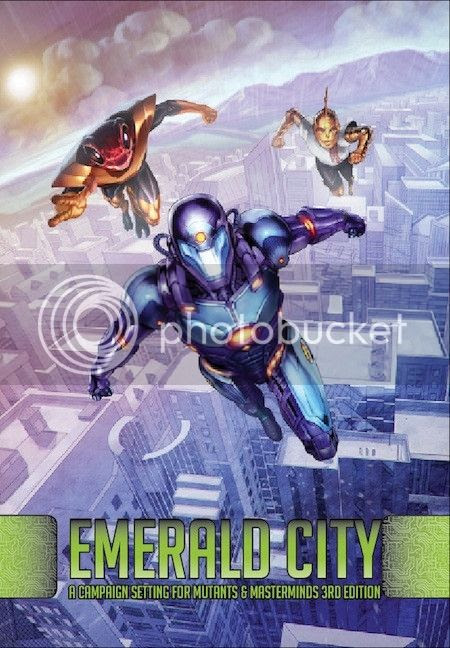 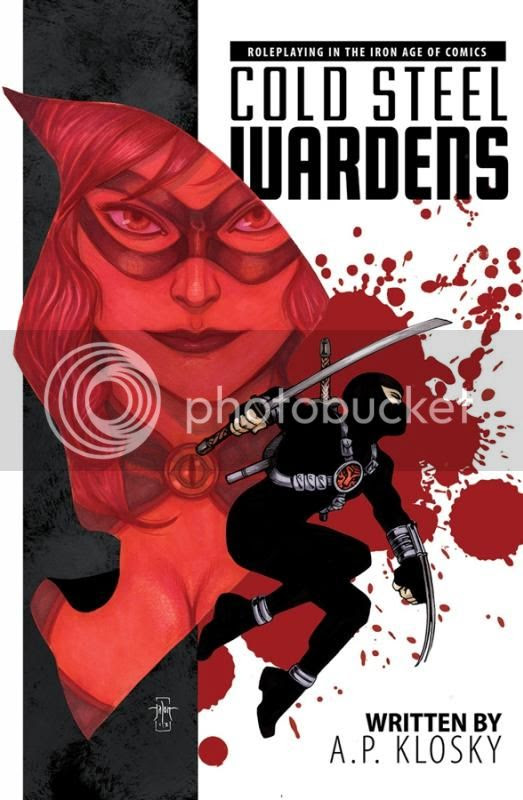 Notes from Dan Davenport:  It's a rules-medium game that successfully
emulates Iron Age supers with relying on heavy-handed emulation
mechanics 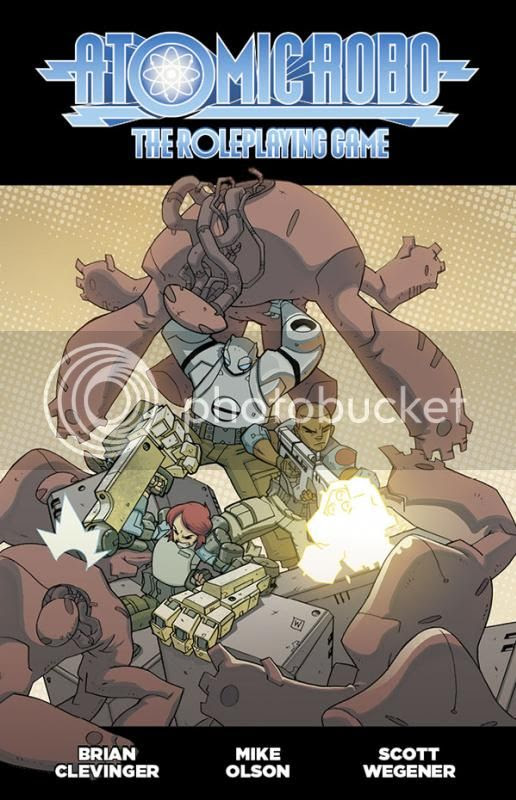 Notes from Cam Banks:  Atomic Robo is, right out of the gate, clearly aware of and fully embraces its source. It makes excellent use of the art from the comics, tweaks the Fate Core rules to provide a solid action-centered baseline for rules, and devotes considerable mechanical and background space in the book to things that matter to pulp action heres: inventions, doing crazy stunts, being part of a worldwide organization of science heroes, and including weird agents and villains who defy standard categorization. It's a remarkably effective licensed RPG and stands alone as a pulp supers game in its own right. 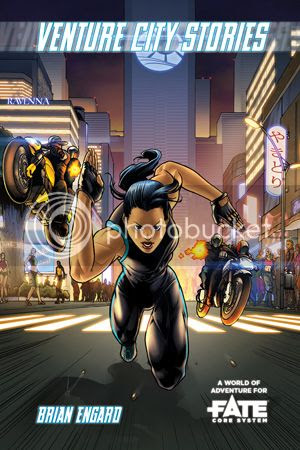 Notes from Cam Banks: I think Venture City makes excellent use of Fate to give a sort of urban depth to what's usually a generic kind of RPG genre. It doesn't try to be every comic book. It comes with enough meat to spin bigger stories out of it but it's a self-contained adventure product. So in that respect I think it succeeds highly because it knows what it wants to do as a product. 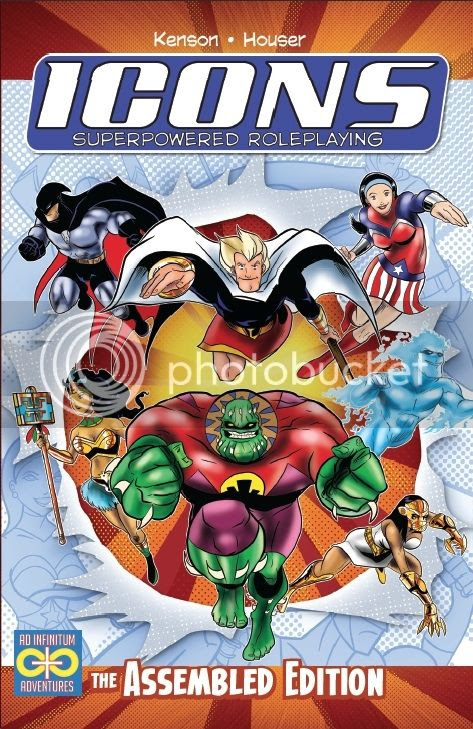 Notes from Tommy Brownell:ICONS was more popular than it was intended to be, due in part to the astounding support of third party licensees, and because it scratched an accessible, rules light itch that many people had. Now under the direct hand of designer Steve Kenson, ICONS Assembled Edition is a "1.5" version, folding in the best tweaks and rules additions in its short life-span while maintaining 99% compatibility with previous releases. While it never really "went away", it's back with a sleeker, shinier exterior and a finer tuned engine under the hood setting itself up as the alternative for supers fans not thrilled with the rules heavier games.

Notes from Christopher Helton: I think that right now my favorite new super RPG would be the Icons: Assembled Edition from Steve Kenson and Green Ronin Publishing. This new edition really filled in some of the gaps in the previous edition, making it a much more complete gaming experience. Rules light, but still robust, Icons does super-hero gaming well. 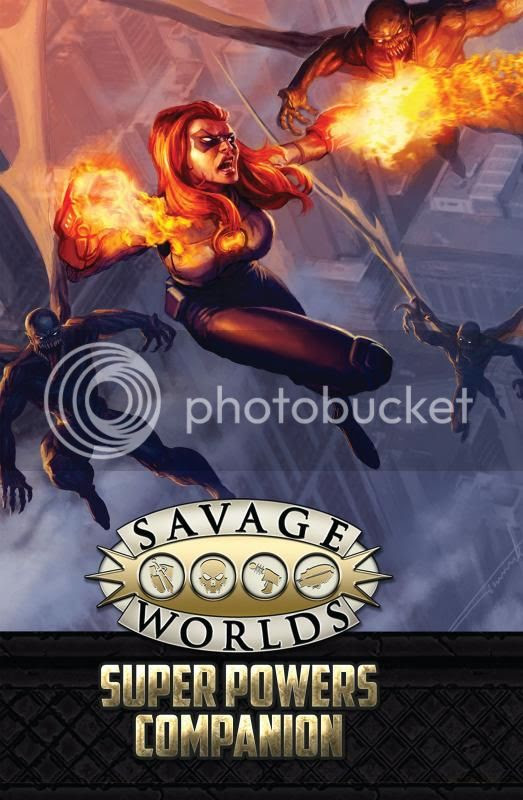 Notes from Tommy Brownell: Actually the third time the Savage Worlds supers rules have been released (first in Necessary Evil, then in the original Super Powers Companion), the 2nd Edition of the Super Powers Companion not only helped usher in the new "graphic novel sized" Savage Worlds books, but it addressed a lot of complaints with the Super Powers rules, adding in significantly more flexibility than was present before, and "locking in" a hero's power level at character creation, while still allowing them to become more skilled and experienced. A much needed step to bring the fun, but flawed, Savage Worlds Supers rules in line with a truly robust Savage Worlds supers experience. (Requires the Savage Worlds core rules to play). 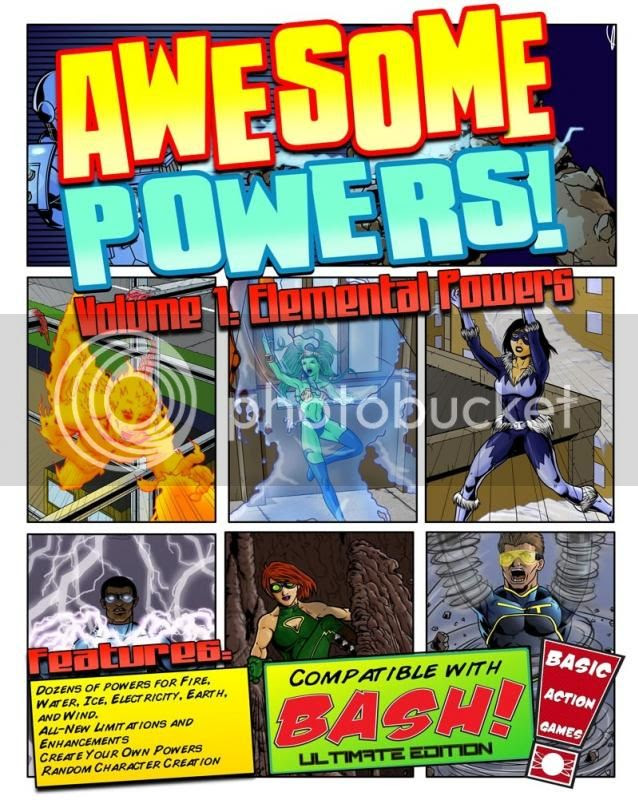 Notes from Tommy Brownell: BASH was already a great choice for those who wanted the customization and flexibility of a Champions or Mutants & Masterminds with fewer rules...but now it is in the process of mutating further, thanks to the Awesome Powers series, a group of books focusing on various powers suites and how to utilize them in BASH. With five volumes available and eighteen volumes planned, it serves as much as a guide on how to reimpliment many of the existing powers as it does a shopping list for new abilities. The only downside is that it feels a little, well, incomplete until it's completed.

THE GIVEAWAY
AND - In addition - as a way to celebrate all the great supers games in the BAMFSIES, we're going to be giving a bunch away to you.

Between now and February 15, 2015 if you email me at bamfsies(at)gmail(dot)com with the subject line of "Bamfsies  prizes" with your preference of prize, in order, of the product you would like to win, you’ll be entered into the drawing.
On Feb 16, I will randomly draw the winners. Each person selected will win their first available choice (so if you are the third winner, and your first choice was also taken by the first winner, then you get your second choice, and so on), until prizes have been selected! Also: One entry per person.